A dog training business was flooded with bad reviews because the owner went into a coma and missed some classes – until friends and staff rallied to help.

Aline Sinclair, who runs Dogiology obedience school in Brisbane, went to hospital for four days for an elective surgery procedure in March.

But complications in the operation led to her being moved to the ICU and placed in an induced coma, resulting in some of her pre-paid group classes being postponed.

Some of those classes have resumed thanks to volunteers and staff with Ms Sinclair, in her 50s, still in hospital.

But the extraordinary situation did not stop some clients from venting frustrations over the canceled sessions by posting bad reviews on the business’s online listings.

‘Whilst Aline lies in a coma, the team of volunteers have been busy trying to protect her business from unwarranted harassment,’ staff wrote to the business’s Facebook page on April 21.

Dogiology workers, who are part-time trainers with other jobs, said they didn’t have access to every client’s phone and email because the business ‘was Aline’s baby’ and so postponed some classes.

They described Ms Sinclair as ‘selfless’ and ‘generous’

‘Aline’s passion for helping dogs and families has always been at the heart of everything we do,’ they said.

But they said they had to turn reviews off after some people persisted in leaving negative comments.

One man warned potential customers not to pay up-front.

‘The owner claims to be sick. At this point I don’t even believe it, they lie continuously, take your money then block you so they don’t have to pay,’ he wrote. 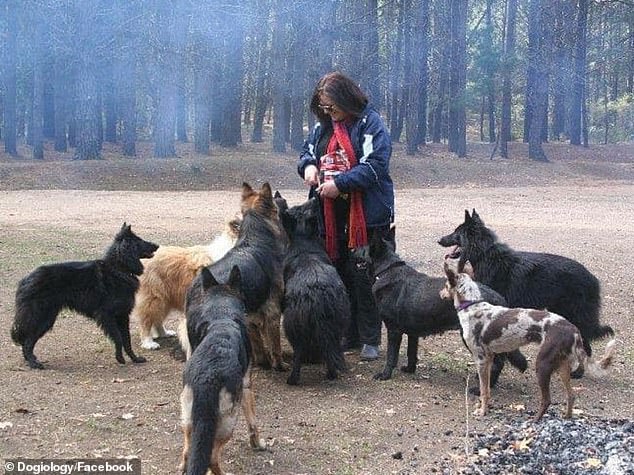 Another woman complained her messages had been ‘mostly ignored’ after she heard of the owner’s situation and demanded a refund.

She also complained a MyCause fundraiser to help cover Ms Sinclair hospital bills and care costs for her 12 pet dogs wasn’t being used to refund customers.

‘The rest of the Dogiology team are publicly fundraising money for the owner via their social media channels,’ she wrote.

‘But for some reason everyone involved in the business claims to be unable to refund any money to those of us who are out of pocket due to the terrible situation, but ultimately one that we are not responsible for.’

Staff said they were doing what they could to save Ms Sinclair’s business.

‘While Aline fights, so do we for her to wake up and have a business to come home to. Her recovery is going to be long and knowing how much she is appreciated will start that healing process,’ they said. 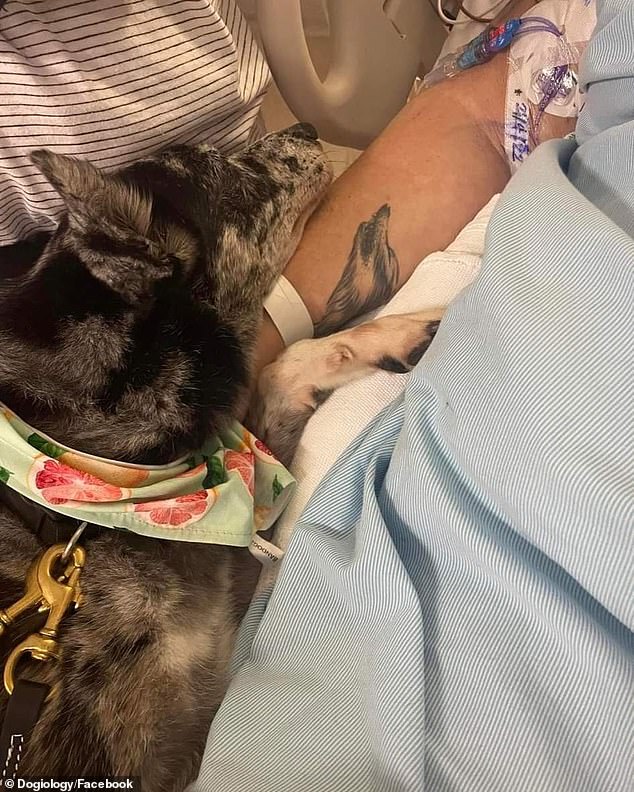 Other clients also rallied to Ms Sinclair’s defense saying they were shocked by the response of some people.

‘This isn’t a huge corporate business, it’s a small business and with the owner in a coma. Some people have no compassion,’ one client wrote.

‘Absolutely appalled with the lack of compassion and empathy… The Dogiology team have been completely transparent and professional,’ another wrote.

Ms Sinclair’s staff said on May 1 she woke from the coma and was slowly recovering but did not yet have the strength to move or speak.

‘As any of us would be, she’s tired and frustrated as her body can’t yet do what she wants,’ they said.

‘It’s a lot of go slow and be patient… and eye rolls in true Aline fashion. We are grateful for the strength and compassion that surrounds us.’ 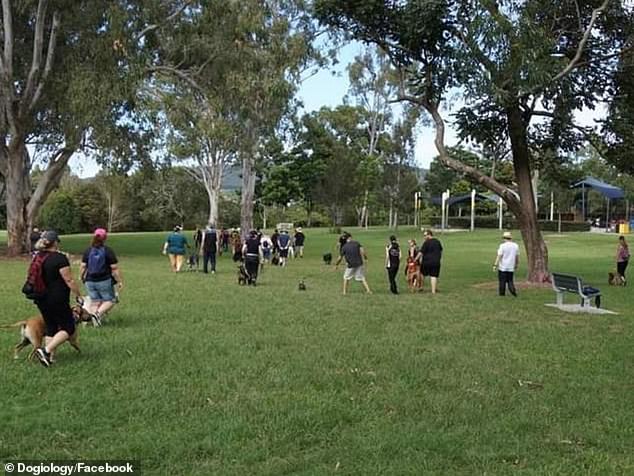 Friends, staff and clients held a group dogwalk in April for the popular Ms Sinclair (pictured)